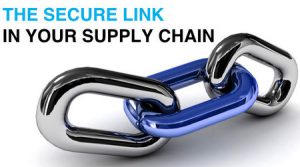 Our Supply Chain Security teams protect your assets.  While they are on the road and at rest stops, we watch; preventing hijack, cargo crime and cargo theft.  With our partners in Holland, we provide full European Coverage, including UK & Ireland, for tracking solutions and escorting services 24 hours a day, 7 days a week.

The cost of having a mobile security unit travelling with your high value cargo is minimal compared to dealing with an incident of theft or hijack.

Using Intelligence, Planning, Training and Tracking we have escorted 1000s of cargoes.  With over 300 escorts a month we know our business is Supply Chain Security and we have always delivered. 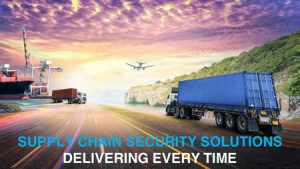 We provide fully dedicated, fully insured and fully trained teams of security officers, who are equipped and confident in protecting your cargo.
Our fully equipped vehicles come with with CCTV, trackers and Panic Buttons and can deploy anywhere in Europe. We operate throughout the EU including the UK and Ireland.
We take our Cargo Security Services seriously, and, as a client, we give you a password to access the live track on your PC in the office or at home enabling you to track your cargo's progress on its journey.  We send you an email and/or SMS at specific points along the route if you want.   We take photographs of the vehicles security seals at the start of, during and end of the journey. We email/text these photographs to you within a minute of taking them. 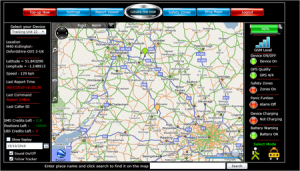 Cargo security measures include; Covert Cargo Escort vehicles, full route planning and reconnaissance, liaison with Police Control Rooms along the route and even having an Cargo Security officer in the cab with the driver.

THE UK IS THE NUMBER 1 LOCATION FOR CARGO CRIME THROUGHOUT EUROPE.

The cost of having a mobile security unit travelling with your high value cargo is minimal compared to dealing with an incident of theft or hijack.

With over 4460 reported cargo crime incidents in 2020, 3100 high value, up from 1199 in 2019 the UK accounts for over 79% of all reported high value cargo crime throughout Europe, the annual rise in UK cargo crime is a continuing trend.  There was an estimated value of more than £92 million worth of cost loss due to cargo theft in the UK during 2020.  The largest theft was the loss of Computers valued at over £8.5m, 8 Incidents involved theft of over £500k and a further 86 Major losses of over €100,000, with an average loss of £500k for major incidents.

The greatest concentration of criminal activity continued to be focused in areas from the east coast ports, as well as around Greater London, on the major motorways, motorway services and truck stops connecting the South and Midlands regions of
the country, and into the North West.

In over 55% of crimes, the types of goods stolen were not recorded or were classified as miscellaneous but the following are recognisable as major targets:
• Tobacco – 365 incidents
• Food & Drink – 295 incidents
• No Load (Theft of truck and/or trailer) – 220 incidents
• Clothing & Footwear – 123 incidents

The very simple and cost effective solution is to have Blue Diamond Security as your security partner.  We are far more cost effective than our competitors and have coverage throughout the UK, Ireland and mainland Europe.
For more details of our Cargo Security services and how we can help protect your cargo, please download our Cargo Security Brochure or please get in touch with us.
*BSI Screen UK Cargo Theft Report 2020
** TAPA Crime in the EMEA Report 2020
****Other Reporting sourses 2020 amd 2022